Local man seeks permit for natural history museum A A

Local fossil enthusiast Dr. Neal Naranjo, owner of A Pineywoods Home Health, could be one step closer to opening a natural history museum in Lufkin after today’s city council meeting.

Council members will discuss issuing Naranjo a special use permit, which must be provided before construction can begin. Naranjo hopes to begin construction on the museum in March or April of next year.

“The museum will trace geology and life forms from 3.8 billion years ago to the present,” Naranjo said.

Once it is completed, Naranjo said, the museum will showcase some 2,000 pieces that span the ages, from pieces of Earth’s crust to fossils of ancient creatures. Some of the pieces were found by Naranjo; others have been purchased and collected from around the globe.

Naranjo expects the museum’s spotlight to be “Mary Anne,” a 30-foot-long hadrosaur found by Naranjo in Montana. Mary Anne is a very special specimen for several reasons — her skin and tendons were mummified along with her bones, and she is the first hadrosaur ever discovered to have hooves. Those attributes have earned the dinosaur a lot of attention from the scientific community.

In addition to Mary Anne, the museum will house a dimetrodon, a dinosaur famous for the sail-like spines along its back, a triceratops and a fleshed-out velociraptor made in Germany in connection with the movie “Jurassic Park.” Naranjo purchased the raptor from Tuscan.

“I’m always bringing in new pieces, much to my wife’s chagrin,” Naranjo said.

To add even more appeal to the museum, Naranjo will house the species inside specially-made dioramas that show the environment each creature called home. For Mary Anne, Naranjo said, other finds at the Montana site helped him to determine that redwood pine trees would accompany her in the exhibit.

“When we were digging out the hadrosaur, we found Dawn Redwood pine cones and leaves, and we found fly larva jackets,” Naranjo said. “We know what insects were there and what plants were there.”

For that reason, Mary Anne’s exhibit will include a 30-foot-tall petrified tree found in the area, along with other petrified tree stumps. Her part-fossil swamp diorama will help give a better idea of the hadrosaur’s environment.

By providing a natural science museum in Lufkin, Naranjo said, area schools will have a field trip option that is within driving distance.

“Four or five years ago, schools were limited on what they could use buses for,” Naranjo said. “There are something like 40 schools within 50 miles of Lufkin. They can get to the museum.”

Following the ordinance’s passage, the Angelina County and Cities Health District could begin conducting inspections as early as Nov. 1, according to Terry Free, director of the environmental and consumer health division at the district.

“We want to make sure that these establishments are safe to enter by the general public, and right now no one is inspecting them on a regular basis to make sure,” Free said in a previous interview.

Schedule a Field Trip to the Naranjo Museum! 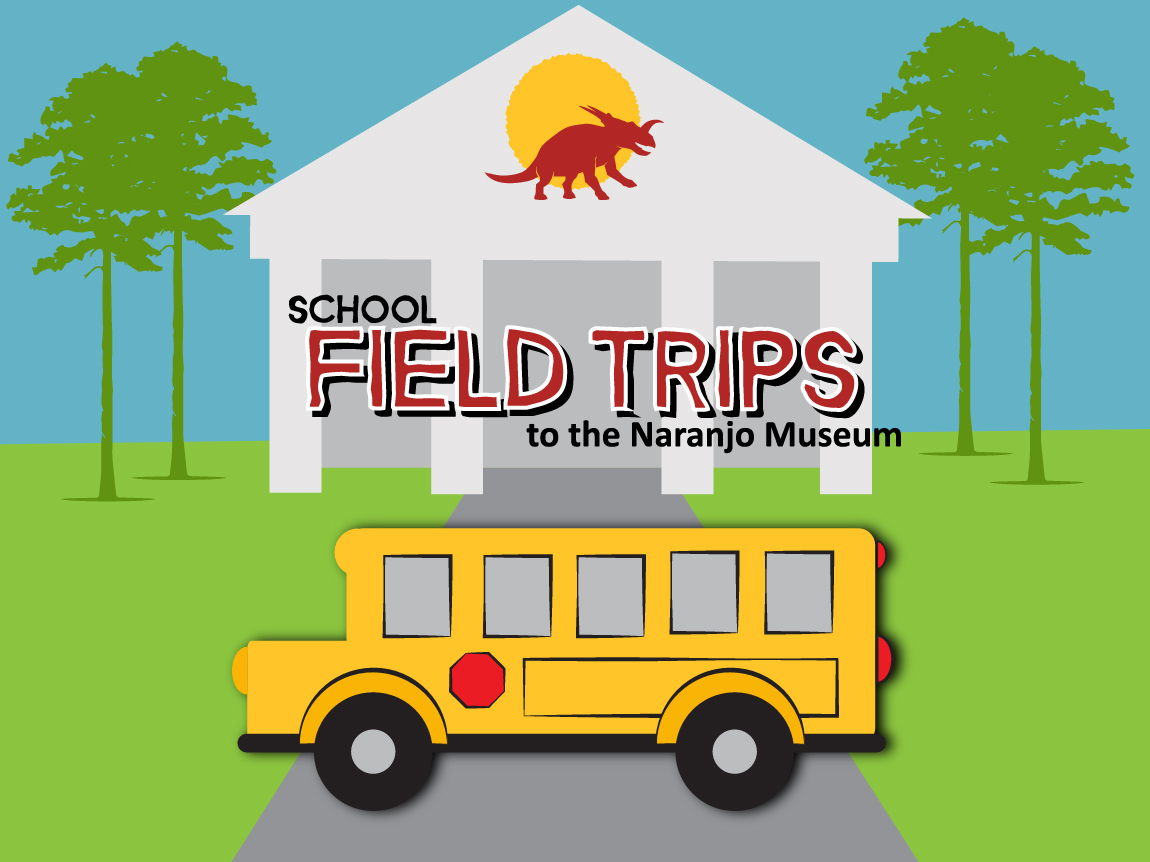 Take your students on a journey of discovery and wonderment. Plan a field trip at the Naranjo Museum of Natural History! Guided Tours. When your group visits the museum on a field trip, t ...