Naranjo Museum of Natural History hosts grand opening A A

Saturday morning the ribbon was cut and the first museum of natural history in deep East Texas was opened to the public.

Dr. Neal Naranjo and his family spent 14 months in planning and constructing the Naranjo Museum of Natural History.

The museum showcases exhibits from the stone age to modern times.

“We’ve got cannon balls that were used in the Civil War and the American Revolutionary War,” said Naranjo.

Mayor Bob Brown says the museum will be a positive place for the community and a tremendous tourist attraction.

The museum has already impacted students in Angelina County.

“They’ve actually designed part of the paraphernalia, that would be the scientific word I’d use, that creates some of the motion in some of the machinery in some of the exhibits that are here in the museum,” said Knight.

Instead of driving into cities like Dallas or Houston, East Texas residents can get a taste of history in their own backyard.

“Where others travel to museums of natural history in Washington DC or in Houston or New York City we have the equivalent of that here on a smaller scale but just as fascinating and stimulating for kids right here in Angelina County,” said Knight.

Although the museum has officially open work isn’t finished.

They are planning to add a full scale T-Rex exhibit to the museum in December. 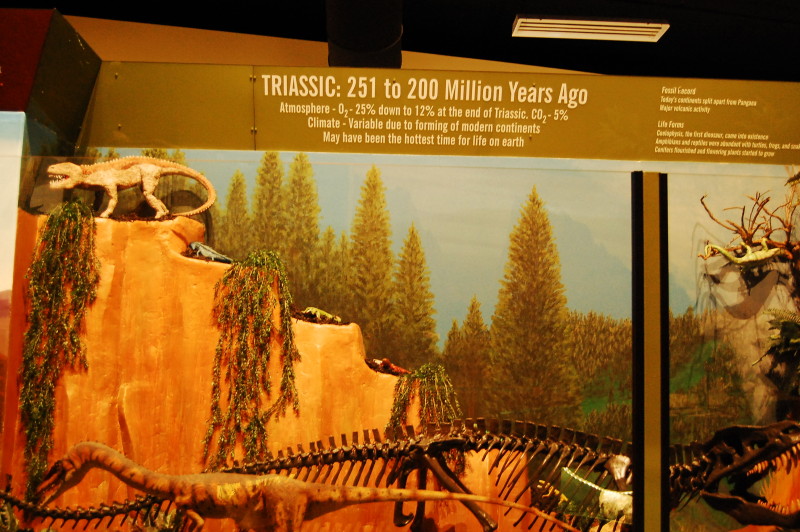 The first dinosaur is believed to be Coelophysis. The flat rocks have footprints and tail drags, and the petrified wood was found at dig sites while finding fossil bones. After the Permian extinction ...